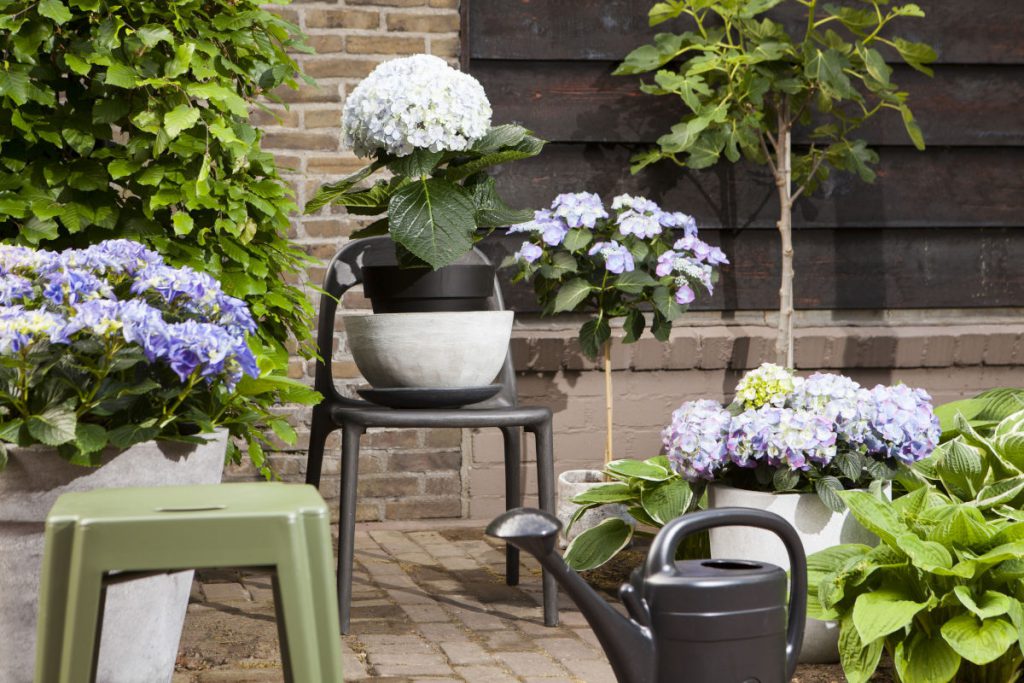 Hydrangea is a well-loved garden and pot plant, especially because of it tremendously abundant flowering. What’s more, Hydrangea is a trouble-free plant which brings beautiful colours to your garden. The Hydrangea as a garden plant is available from March till September. High season is April till August when the plants are readily available. 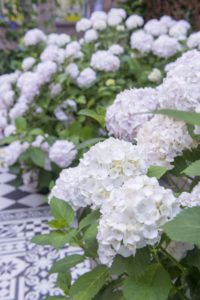 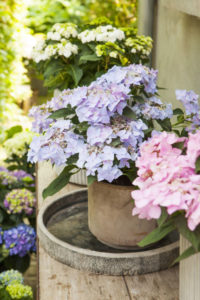 Members of the lacecap group have flat flower heads made up of a central cluster surrounded by florets. The outer ring of florets draws insects towards the fertile inner cluster of florets. 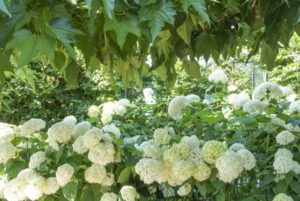 Another immensely popular Hydrangea is Annabelle. The cream colour, dome formed flowers bloom from July till September. Because the large leaf is quite thin, this variety does not agree with bright sunlight. The shrubby Annabelle is kept in good condition by cutting it back rigorously, down to about 20 centimetres, end March. The beautiful large flowers will be a little less colossal so its branches, also after rain, will be able to bear the wealth of flowers rather than being flattened. By way of selection and breeding there are now also stronger varieties on the market, such as Hydrangea ‘Strong Annabelle’. 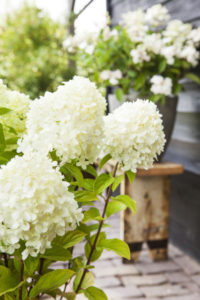 Hydrangea paniculata differs from the other Hydrangea varieties by its long plumes and vertical growth and by being more resistant to frost and dry spells. Hydrangea paniculata blooms in late summer, when the flowers change colours from white to very light pink. This variety prefers the semi-shade but also appreciates the sun, providing the soil is not too dry. Do you want to keep the plant compact, then you best cut it back in March and April. Saying so, cutting-back is not a must; the bush will produce more flowers but the individual flowers will be a bit smaller. 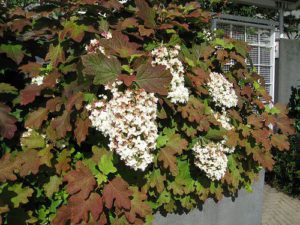 Many people love Hydrangea quercifolia (quercifolia means oak leaf) for its leaf. It has both a beautiful oak leaf form and a beautiful autumn colour. The bush flowers in the summer with gorgeous white plumes which changes colour later to pink, and can stay on the bush till December. This Hydrangea is beautiful as tup plant, solitary or among perennial plants. Gradually we see this variety of hydrangea more often in gardens. Different races are available, among which the double flowered Hovaria® Quercifolia with an extended flowering period. All oakleaf Hydrangeas have the beautiful characteristic oak leaves and can stand in bright sunshine or in the semi-shade 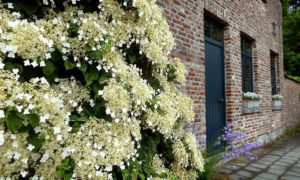 The Hydrangea anomala blooms abundantly in June-July with its beautiful flowers and, with some luck, it will bloom a bit longer. This Hydrangea anomala has shoots that can be meters long and so cover large parts of wall, but without climbing support it will become a beautiful ground cover that can reach a height of a meter and a half. Hydrangea anomala are popular with nestling birds, especially blackbirds.

Hydrangeas come in a huge range of colours including white, various shades of pink, red and blue. There are also bicoloured varieties in pink and white and blue and white. Most varieties of Hydrangeas change colour as the flowers age. For example they can change from pink to dark green or from cream to white and then to pale green. Hydrangea keeps surprising you!

The best known Hydrangea is perhaps the Hydrangea macrophylla. The mopheads have a distinct dome form as flower.

Members of the lacecap group have flat flower heads made up of a central cluster surrounded by florets. The outer ring of florets draws insects towards the fertile inner cluster of florets.

Hydrangea paniculata differs from the other Hydrangea varieties by its long plumes and vertical growth.

This website uses cookies to improve your experience while you navigate through the website. Out of these, the cookies that are categorized as necessary are stored on your browser as they are essential for the working of basic functionalities of the website. We also use third-party cookies that help us analyze and understand how you use this website. These cookies will be stored in your browser only with your consent. You also have the option to opt-out of these cookies. But opting out of some of these cookies may affect your browsing experience.
Necessary Always Enabled

Any cookies that may not be particularly necessary for the website to function and is used specifically to collect user personal data via analytics, ads, other embedded contents are termed as non-necessary cookies. It is mandatory to procure user consent prior to running these cookies on your website.